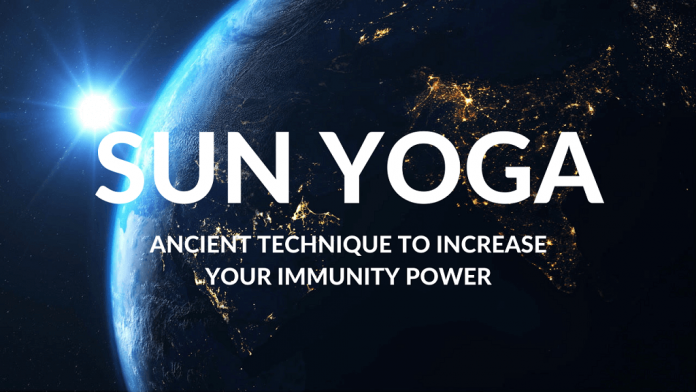 Let us understand Sunyoga in it’s literal meaning. Sun as we know is a planet which sustains the whole creations on this planet earth. Yoga is a word coined by Rishis in Vedas which is taken from the root word Yuj, Yuj means to connect.

Sun Yoga is a way to merge our individual consciousness with the supreme consciousness through series of practices that have been given in Guru-Shishya (Teacher – Disciple) relationship.

Sun Yoga has been taught to Sunyogi Umashankar by Shri Guru Babaji famously known as Mahavatar Babaji (The word coined by a Yogi Paramahamsa Yogananda, you can find more information about him in the book “Autobiography of a Yogi”).

From Sunyogi Umashankar words taken from his book Essence of Sun Yoga:

“The sea of Sun Yoga is very vast and waht I as sadhak have imbibed is but a few drops of its nectar of which only 10% is expressed here. 40% has been omitted intentionally to guide the yearning practitioners through his or her own experience. 50% is extremely difficult to express in words despite attempts. Through the research and experience of Sun Yoga, the yogi has been able to taste only a few drops of its nectar. It is the wish and prayer of this Sun Yogi that the young Sadhaks or aspirants should churn this ocean called Sun Yoga.”

From Feb. 1995 to Feb. 1997 I was at Aurobindo Ashram and it was during this period that Sun Yoga was in its developmental stage.

The science of Sun Yoga was born in Feb. 1997 at Vedaranyam in Nagapattinum District of Tamil Nadu. It came to be known as Sun Yogam in Tamil, Sun Yog in Hindi and Sun Yoga in English.

Sun Yogi Umashankar was in Padayatra during that time he taught Sun Yoga to Mr. Ben Herson of England. He made a website and made this popular throughout the world.

Sun Yoga can be traced back to Egyptians era.

In fact, the oldest of all the Vedas is Rig Veda and we can find the Sun Yoga practice during that period.

Below is the Rig Veda talking about Sun Yoga.

Sunlight is the greatest of all light and in its womb it has the manifestation of (Chaitanya Gyan) the ultimate truth. It is vast and it is complete. It adds beauty to the face of everything on earth. It provides light to the entire world and is luminous by itself. Through sun-gazing the darkness of ignorance is dispelled and the ultimate brightness (Sat Chit Aananda) can be experienced.

Oh Sooryanarayana who emerges from the vast brighness of the Sun and who can see us from the Sun and bless us and all living things, mountains and water and bodies on this earth with peace and happiness.

Savitha the creator of the universe on the west, east, north, and south directions please stay all directions. Savitha Devatha, we unconditionally surrender unto you for achieving our ultimate goal of God realization, and for leading a beautiful pure life.

Thus we find many verses in the Rig-veda praising the Sun and Savitha.

Sun Yoga in Other Vedas

Yajur Veda has a Soorya Sthuthi or praise to the Sun:

You are the visible friend of fire, water, earth and space.

In Shukla Yajur Veda Samhita 9/9/11/7 there is a sthuthi to Savitha deva.

Krishna Said – I had mentioned this imperishable yoga to Soorya, Soorya told Manu and Manu told Ikshwaku. Manu is the king from which the human being was born, Ikshwaku is the son this being.

In this manner this significant yoga was known to generations of Raja Rishi, but over time this yoga has become forgotten on earth.

In ancient days, Sun Yoga was practiced but no proper procedure has been mentioned anywhere. This was known to Mahavatar Babaji, but he did not teach and spread this knowledge as the time was not ripe.

Mr. Hira Ratan Manek has claimed that he has literally subsisted, and lived off the Sun’s energy since June 18, 1995.

He has been studied by various researches done in institutions such as the Thomas Jefferson University and University of Pennsylvania.

Not only have they found his claims to be True, but medical evidance found him to be healthier than a normal person of his age (76).

He is the living proof that a person can live just on solar energy for very long periods withouht eating any food.

This has come to be known as HRM Phenomenon. This method has been used to cure all kinds of illness.

Here is a wonderful lecture on Sungazing by Mr. Hira Ratan Manek (HRM). Watch it now.

You can find more information about them in the book “Essence of Sun Yoga” and “Autobiography of a Sun Yogi“.

In fact, Sunyogi Umashankar was also used to survive without food for few years and left the practice on insistance of having food by his disciples and people around him.

Watch the below fascinating video to know how he has survived without food by taking only Sun energy.

You can watch the below interesting videos of Sun Yogi Umashankar meeting his Guru – Mahavatar Babaji.

How to do Sun Yoga?

Follow the steps below to practice Sun Yoga at your own home:

Ensure you follow the Yama and Niyams to the best of your ability to gain maximum benefit from this Spiritual Practice.

YAMAS TO BE FOLLOWED:

1. Ahimnsa (Non violence) – Try not to harm anyone with your words, thoughts, and actions.
2. Satya (Truthfulness) – Stick to the truth as far as possible.
3. Astheya (Honesty) – Be transparent with yourself and with the world outside.
4. Brahmacharya – Being in the awareness of Brahman – Try to think about the God always throughout the day every day.
5. Aparigraha (Non greed) – Do not be jealous of someone or something.

NIYAMAS TO BE FOLLOWED:

1. Discipline – Make a resolve that you are going to achieve the goal you have set and finish the daily tasks as per the plan.
2. Punctuality – Stick to the same time and place of the practice as far as possible every single day.

Follow the video to learn how to do Sun Yoga and practice at your home daily for at least 6 months to 9 months.

Below is the video of Level 1 of Sun Yoga. It is most suitable for Beginner practitioners of Sun Yoga.

Here are the steps to be followed diligently every single day for the next 90 days.

NOTE: Sun rays are very strong and it becomes very difficult for beginners after 8.00 AM. Rays of the Sun will be flat 45 degrees before 8.00AM.

NOTE: Sitting on the same place will increase the magnetic vibrations of the place and supports you during the practice.

Any spiritual practices would help one’s to build immense will power and immunity power which helps one withstand any environmental calamities or covid-19 sort of viruses.

The results lies in the practice. Do not delay your spiritual progress.

Please check the note of caution section before you begin your spiritual practices.

May the divine in you bless you with great health.  🙏 🙏 🙏 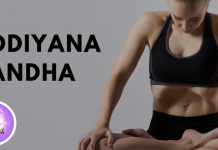 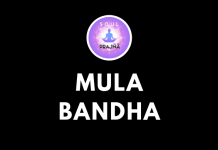 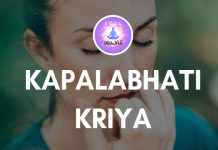 Gyana Mudra: How to Perform it? Video Guide (10+ Advantages)

Prithvi Mudra: Boost Up Earth Elemen in Your Body (10+ Advantages)

Dhyana Mudra: Advantages and How to Perform it? (VIDEO)

Prithvi Mudra: Boost Up Earth Elemen in Your Body (10+ Advantages)