Home Guru Who is fit to be called as Satguru or Sadhguru? 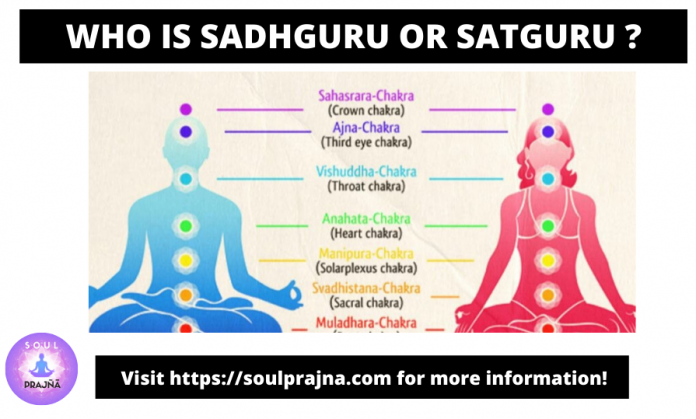 WHO IS FIT TO BE CALLED AS SATGURU? OR SADHGURU?

Brahma, Vishnu and Shiva are considered Gurus. The Supreme Being is the actual guru and I pay obeisance to the Guru.

There are many energy centres in the body called Chakras and a parallel can be drawn between the space between chakras and the trinities namely Brahma, Vishnu and Shiva.
The Vedas say that absolute knowledge is ‘Brahman’. ‘Brahman’ is different from Brahma. Brahman is our inner wisdom. There is a great difference between knowledge and wisdom. A single drop as well as the entire ocean is considered to be water but they are totally different.

The span between Sahasrara and Vishuddhi chakra is considered to be the area of Brahma. The guru in the form of Brahman is our inner wisdom, and that wisdom can be realized between Vishuddhi and Sahasrara i.e. in the Ajna Chakra. Ajna Chakra is the seat of Brahma – the personification of knowledge.

“Satyam Shivam Sundaram”, this means Shiva is the embodiment of truth and beauty. What is truth? Truth is ’that’, which doesn’t change with time – past, present or future. My surroundings and I were not like at the present a hundred years ago, and what they will be ten years hence, no one knows. Is there nothing called ‘Truth’? Creation is truth, because creation, was, is and will be there. Living and non-living things are mere manifestations of creation.

Living beings procreate through Swadisthana Chakra. Shiva’s symbol is the symbol of creation. Without truth and creation there can be no self-realization.

The Sat guru, means the true Guru, is manifest in everything living and nonliving. Although he is omnipresent we must look for him within our self. As soon as we see the Guru all our problems will vanish. We will get wisdom and inner peace.

These days becoming a Guru has become a big business. They make tall promises and try to attract people. They promise to reveal God. They say that if you don’t have a Guru life is worthless. This is true because being born human is priceless and if a human does not gain wisdom and self realization this life is indeed a waste. We do need a guru to realize God in this gross material world.

True Gurus are the ones that have realized God. These gurus know that they are a part of everyone and everyone is a part of them. They live in society and guide others. They do not think that they are gurus but the so called new self proclaimed gurus are incomplete.
Only when we get Dharshan (a glimpse) of Parambrahma (the supreme one) we become a guru, and when self actualization happens, we automatically become humble and bow down to the supreme.

In this material world we need a guru to dispel ignorance and acquire true knowledge.
Sometimes a guru appears without us searching for one and we should recognize and respect such great ones who can show us the way.

We must remember that the ultimate guru is within each and every one of us.