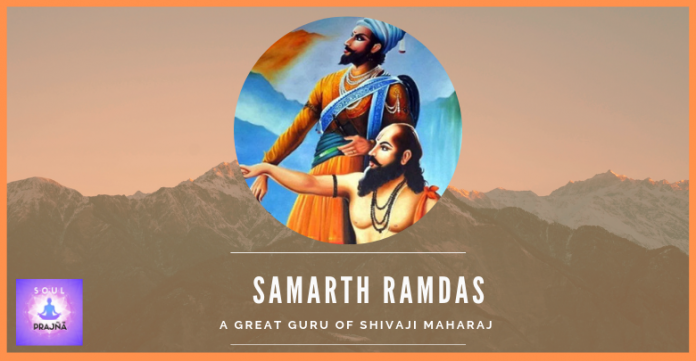 Message to the world from the guru:

Samarth Ramdas motivated the people to believe in themselves. He suggested aiming for self-realization (or Freedom) through self-actualization.

His teachings included the combination of devotion and meditation with the worldly powers for individual transformation.

Samarth Ramdas stressed more on the equality of all human beings. He encouraged women to take up key roles and triggered the confidence to participate in religious events.

He worked to bring about equality in gender and caste equality.

Samarth Ramdas was insisting on physical fitness. He has a well built physical body and used to exercise regularly.

How did Samarth Ramdas experience Enlightenment?

By chanting the holy name of Lord Rama he attained Enlightenment.

Lord Shri Rama is a major deity in Hinduism. He is said to be the seventh avatar of the god Maha Vishnu.

Samarth Ramdas lost his Father at the age of 8. This made him to turn introvert and engrossed in the thoughts of Lord Rama.

At the age of 12, Lord Rama himself appeared before Samarth Ramdas and suggested him to chant the Rama Taraka Mantra.

The Rama Taraka Mantra was to be chanted 108 times every day at least once.

Lord Rama then accepted Samarth Ramdas as a disciple and named him Ramdas.

Before that, he was called by the name Narayan Suryaji Thosar.

Along with this, Lord Rama gave him the 8 powers (Eight Siddhis – Spiritual Powers) too.

Samarth Ramdas was an ardent devotee of Lord Shri Rama. He was not interested in the marriage.

His mother insisted him to marry at the age of 12.

While chanting the sanskrit shlokas by the priest in his marriage he heard the word “Savdhan” (caution) in the wedding vows.

Upon hearing the word, he ran away from the place and become a monk of celibate life.

At the age of 11, he got enlightened.

As per his Guru Lord Rama’s instruction, he started chanting Rama Taraka Mantra 108 times every day for 12 years.

During these 12 years, he was guided inwardly by Lord Hanumana.

This made him realize his favorite deity (Ishta Devata) Lord Rama within himself.

Below is the Rama Taraka Mantra Video.

Shri represents the primordial creative power.
Ra is the seed syllable of fire which burns the karma.
Ma is a seed syllable for water which brings peace.
Jaya means victory of the soul over the flesh.

Disciple Experience about the Guru

We have explained the detail of Shridhara Swami experience in his profile. Do check out for more information.

Lord Shri Rama advised Samarth Ramdas to help Shivaji Maharaj’s initiative of “Hindavi Swaraj”. It was a time when moguls were ruling the country.

Shivaji as an incarnation of Lord Shiva and the founder of Maharashtra Kingdom meets Samarth Ramadas. He used to hear a lot about Samarth Ramdas and his teachings by his local followers near Krishna River.

Shivaji used to place Samarth Ramdas sandals at his throne and run his kingdom.

One day, he saw his guru begging on the streets. He was perturbed by this incident as to why his guru needs to beg when he has everything been served at his disposal. Shivaji sent a chit to Ramdas through his companion Balaji to request him to come to the palace. Shivaji insisted to take the whole kingdom to Ramdas. Ramdas agreed to it.

Next day morning, Ramdas invited Shivaji to his place and upon Shivaji’s request for Gurudev’s service throughout life, they both went for roaming around begging with a bowl in their hands. They returned to the river and had the meal prepared by Gurudev.

Ramdas asked Shivaji to rule the Kingdom in his (Ramda’s) name, to take the Gerua Chaddar (Orange flag) for his banner and defend its honor with his life. He suggested Shivaji, think that the kingdom did not belong to himself but treat it as a trust to be ruled justly and well before God.

Dasbodha is an epic written by Shree Samarth. Whatever he wanted
to tell the world he has conveyed through Dasbodha in a very candid manner. As per the tradition in his times he wrote it in the Owi form.

The contents of the book are very simple, straightforward and easy to understand. It is so simple that sometimes it seems to be a prose.

Dasbodha is divided into 20 main parts called as Dashak each of which contains 10 subparts which are called as Samasas.

The total Owis number 7751. Each Owi is made up of 4 lines. After being blessed by Lord Ram he wrote the Old Dasbodha. One finds the freshness, fearlessness, and candidness of a person blessed with the ultimate knowledge just recently in it. After a while, he started with the continuation of the work and completed up to the 7th Dashak to which he added the Dashak he had written earlier, called the Dashak of knowledge.

Then throughout his life, he continued writing for the Dasbodha which amounted to another 12 Dashaks. These were added to the earlier 8 ones and the final volume of the Dasbodha as we know it now was prepared just 2 months prior to the time when Shree Samarth left his mortal body. At the end of the book, he has as always very unassumingly yet candidly asked the readers to study, ponder over, introspect and not just only read the whole Dasbodha! That is vintage Shree Samarth for everyone!

This is an excerpt from Dasbodha by Swami Samarth Ramdas.

Some of the websites related to Samarth Ramdas online which you might get more information about him. 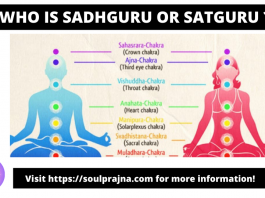