Paul Brunton message to the world:

His teachings were combined with love and knowledge.

He always experienced the fact that genuine philosophy shows a man how to live.

How did Paul Brunton experience Enlightenment?

Like his guru Shri Ramana Maharshi, he followed the path of knowledge (Self-enquiry) coupled with devotion to the ultimate reality to experience the absolute reality within him.

Ramana Maharshi was a great sage of the 19th century from Tiruvannamalai, India.

Do check out the great sage Ramana Maharshi profile for more information.

After raoming around India he finally settles down at Ramanashram in Tiruvannamalai.

The place where he finds his guru Ramana Maharshi.

He was unaware of his relationship with Ramana Maharshi at first stage, later he realizes that he is his disciple.

Then gradually his physical body becomes flexible and able to meditate for long hours.

Based on his guru’s teachings of self-enquiry, he experienced the true bliss which the Hindu scriptures referred to as Sat-Chit-Ananda (Truth-Consciousness-Bliss).

Want to learn more about the different Spiritual Sadhanas to practice at your Home? Receive a Free Guide on how to re-align your energies and Free Spiritual Guidance.

Get a FREE Guide on Spiritual Practices (10 to 30 Mins) per day.

He used to follow the instructions from the guru Ramana.

One day when he comes to the evening where all the people were gathered and sit in front of Ramana. This was the usual way of Satsang.

He sat and closed his eyes after a while, he finds himself outside the rim of world consciousness. The planet which has so far harbored me disappears. He was in the midst of an ocean of blazing light.

He could feel rather than think. He knew that it was the primeval stuff out of which worlds are created. The very first state of matter.

It stretched away into untellable infinite space and yet incredibly alive.

He slowly opens his eyes and sees most of the disciples had left for the dinner a few hours had already passed.

But Ramana Maharshi was simply sitting gazing at the tree.

Source: A secret search in India by Paul Brunton.

Do check out his books for fascinating experiences he has had along his spiritual journey.

Prior to meeting Ramana Maharshi, Paul Brunton has had met Shankaracharya from Kamakoti Peetham.

Upon his suggestion, he gets clarity on who he has to meet next during his spiritual journey.

Shankaracharya of Kamakoti Peetham also promised that he will be satisfied with the presence of Ramana alone.

Brunton had a great reverence for Shankaracharya and even admitted the fact that he was equal to the stature of what Ramana was in his Spiritual heights.

Below is the Paul Brunton experience with Ramana Maharshi in his own words.

“Forty years have passed since I walked into his abode and saw the Maharshi half-reclining, half-sitting on a tigerskin-covered couch. After such a long period most memories of the past become somewhat faded if they do not lose their existence altogether. But I can truthfully declare that, in his case, nothing of the kind has happened. On the contrary, his face, expression, figure, and surroundings are as vivid now as they were then. What is even more important to me is that–at least during my daily periods of meditation–the feeling of his radiant presence is as actual and as immediate today as it was on that first day.

So powerful an impression could not have been made, nor continued through the numerous vicissitudes of an incarnation which has taken me around the world, if the Maharshi had been an ordinary yogi–much less an ordinary man. I have met dozens of yogis, in their Eastern and Western varieties, and many exceptional persons. Whatever status is assigned to him by his followers, or whatever indifference is shown to him by others, my own position is independent and unbiased. It is based upon our private talks in those early days when such things were still possible before fame brought crowds; upon observations of, and conversations with, those who were around him; upon his historical record; and finally upon my own personal experiences, whatever they are worth.

Upon all this evidence one fact is incontrovertibly clear–that he was a pure channel for a Higher Power. “

Here is a video glimpse of Yogananda Paramahansa meets Ramana Maharshi along with Paul Brunton. 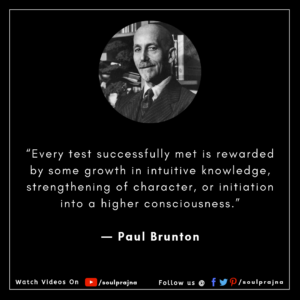 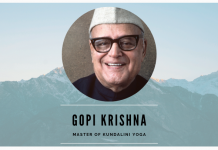 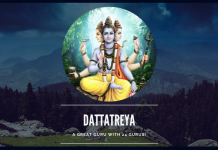 Dattatreya: A Great Guru to have 24 Gurus (INSPIRING)

Top 6 Neem Karoli Baba Books that will blow your mind... 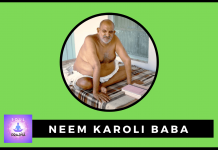 Top 6 Neem Karoli Baba Books that will blow your mind... 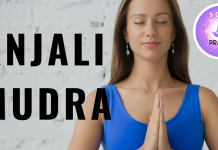 Anjali Mudra: Advantages and How to Perform it? (VIDEO) 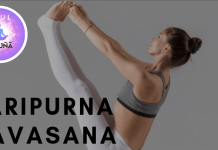 Paripurna Navasana: How to do it Perfectly? (10+ Benefits) 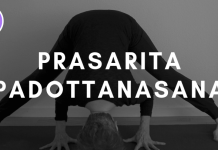 ABOUT US
Soul Prajna is a platform to help Truth Seekers across the globe in finding the suitable direction for them to discover their own true divinity within themselves through different approaches available based on their individual temperament.
Contact us: antaryaami@soulprajna.com
FOLLOW US
© Copyright - SoulPrajna by Leadometrics
MORE STORIES